Although the source rocks of alluvial sapphires in Montana have never been discovered, inclusions and geochemistry of material from this location may give clues to their original source. Mineral inclusions in alluvial Montana sapphires, mainly from Rock Creek, were identified and compared with existing data. Topaz was a remarkable find in one of these samples; other newly identified mineral inclusions in Montana sapphire were allanite, anatase, chalcopyrite, and monazite.

Together with the presence of calcium-rich plagioclase, alkali-feldspar, apatite, barite, phlogopite, a pyrochlore-group mineral previously called uranpyrochlore, and chromite/spinel, these inclusions may reflect a metasomatic origin for the sapphires. This is supported by their chemical composition, which largely coincides with sapphires of plumasitic/metasomatic origin. The secondary Montana sapphires analyzed in this study are characterized by mean values of Fe (4686 ppmw), Ti (58 ppmw), Ga (51 ppmw), Mg (35 ppmw), and Cr (21 ppmw). Fe-Mg-Ga ratios help to distinguish them from sapphires with overlapping properties, such as those from Umba, Tanzania, and Rio Mayo, Colombia.

Potentate featured on The Centurion: Info Hub for Prestige Jewelers 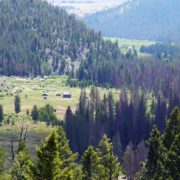